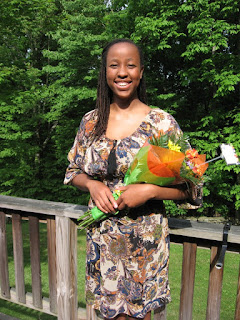 My dearest Katie, the first time I ever saw you, you were a bright eyed little girl in a photograph.  Your hair was full of baubles and twists, and you sat up very straight and looked directly into the camera.  You were posed with your sisters, and you were not yet nine years old.  I carried that picture with me for months, until I met you in person.  It was the fall of 2006, and you had just turned nine, a little girl with a mouth full of too big teeth and a sweet smile that reached up to your eyes.  I wonder sometimes about that little girl, who you were then, and who you are now.

Several months later you came to live with us, and it was then we discovered that Katie had superpowers.  It's true.  Katie was capable of moving so quickly, she actually became invisible to the naked eye.  One morning as she was doing her usual hygiene and grooming, Katie realized she had forgotten something in the living room.  A hairbrush I think, and she decided she could run fast enough to get it, even though she was only wearing bright orange underwear.  It was like that hairbrush just disappeared into thin air, and if you were watching closely, you might have seen a flash of brown and orange.

Um no.  Not really.  And of course these sorts of things become part of family legend...remember when Katie thought she could run fast enough to be invisible?

When Katie first came to us she hated to read.  She was a smart girl, who had always done well in school, but reading for fun was a new idea, and she did not like it.  Another family memory is of Katie sitting in a living room chair, holding a book, wailing.  I was making her sit and read, and it was torturous...for all of us.  And again, we often will say something like "Remember when Katie hated to read?  Remember when she used to cry if you gave her a book?"...because we all know that Katie loves to read, and can bury herself in a good book for hours on end.

Katie was always a girl of few words, and yet for a girl of few words, she was always trying out new ones, and not always successfully.  Once, several years ago, Mrs. Frantz required Katie to write a research paper.  She went through steps like gathering notes on cards, and making an outline.  One night she came home and sighed as she dropped her piles of papers and books onto the table.  I asked what she needed to work on, and she fussed about needing to work on her paper, and not understanding exactly what she was supposed to be doing.  I told her to pull out her work and we would chat.

When she pulled out her paper, I stared at it for a long time, and then I began to laugh.  In spite of Katie's injured look and inquiries as to why I was holding my sides, I laughed and laughed.  On the top of her paper were two words.  Ruff.  R-U-F-F.  Giraffe.  G-I-R-A-F-F-E.  In my mind I pictured a giraffe with a ruffled collar, and I understood Katie's confusion.  Mrs. Frantz of course wanted her to write a rough draft, but Katie had no experience with the phrase.  And so Katie was our girl of few words that was brave enough to try on new words and get them wrong...brave enough to deal with the ribbing of a large family and many older sibling, who still remind her of run ins with words like metabolism and pork loin.

Katie, I will stop here, teasing and telling tales.  Instead I will tell you what came to mind as I sorted pictures for the yearbook, and sorted memories for this speech.  Recently we were talking about your plans for the future, and what different people thought of them.  You sighed and said to me, "I guess I'm just a late bloomer."  It was such an old fashioned thing to say, and it made me think.

You were nine years old when first we met, eleven when you were adopted.  In a short while you will turn eighteen, and so nearly half your life you have been running around with the Vietri clan.  I think about who you were then, and who you are now, and it makes me reflect on the fact that none of us are ever quite finished, not in this world.  When you were nine, you ran faster than the speed of light, but now that you are nearly eighteen, you tell me you are a late bloomer.  The girl who wanted to move fast finds that she has learned the value of going slow too.  You were a girl of few words, yet you mastered so many new ones, and now you might just find that you have something to say.  You were quiet little girl, but some of you may have discovered that Katie likes to make a little noise now and then.

We talked about how it's easy to feel pressured to take a certain course of action.  Now you are all grown up and graduated.  What are your plans?  What are you going to do?  It feels like you have to know, and nail it all down.  But you don't.  I was thinking about the old "choose your own adventure" books that Katie and all of my children read.  I read them too.  I always approached each choice with anxiety.  Do I search for hidden treasure or climb the mountain?  Do I run from the bear or stand and fight?  But the thing is this, it wasn't like a video game where if I chose wrong I would die and the game would be over.  You got to a choosing place, and you picked.  Then you turned to page 63 to find out what came next.  And so you wound your way through the story, having adventures and setbacks and victories.  The funniest thing of all was that sometimes even after making a whole series of different choices, you still ended up with the exact same ending.  I think life is like that.  We come to the end of one chapter and we get to choose.  It isn't the end of the story if you choose wrongly.  It's just a different page number to turn to.  And if you decided not to search for buried treasure this chapter, you could probably do it some other time.

One of my favorite hymns says "Great is thy faithfulness oh God my Father, there is no shadow of turning with Thee.  Thou changest not, They compassions they fail not.  As Thou hast been, Thou forever will be."

God is faithful and compassionate without fail.  There isn't even a hint or shadow of change in that.  That's the only part of the story that stays constant really.  We are not God.  We are not eternally perfect, and so we change.  We are all light and shadow, and turning.  We move fast, and we sit very still.  Often we do both things at the same time.  It's a hard complicated thing to be happy and sad at the same time.  To want to strike out, but to also want to stay safe at home.  We are tempted to look here and there, for someone who will tell us what to do.  But you are the one that must answer for yourself, and live with the choices you make, and live inside your own skin.  So look here and there for the people who prove they love you, and listen to what they say.  Take the help they offer and be thankful for it.  But choose your own adventure. 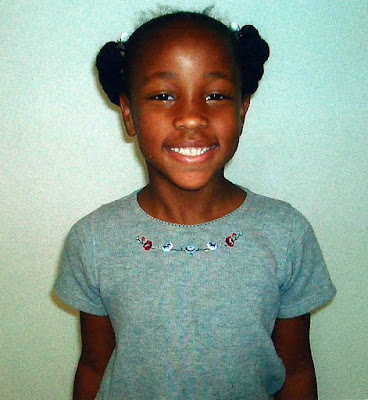 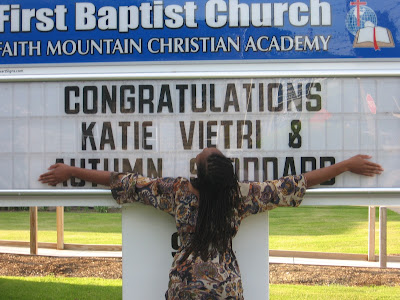 .﻿
This speech was delivered this past June, at Katie's graduation from Faith Mountain Christian Academy.  We celebrated in typical fashion, with a big mess and a whole lot of noise, in September, after a busy season of camp concluded
Posted by Nobody at Thursday, November 12, 2015 1 comment:

Nobody
On a dirt road in the sticks

Stuff I Look At Sometimes